As we all do, I sometimes wonder would I would do differently if I could travel into the past when I was still in high school. What would I tell myself if I had a conversation with the younger Doug? Well, here are some of the things I decided I would say…

While I wasn’t exactly on the lower end of my 35 fellow classmates, I was not at the top. Yes, you read that right…36 total in my graduating class at Ledgemont high school. And I wasn’t necessarily a troublemaker in the true sense of the word, but I did goof around a lot. Anyway, I didn’t really “try” until my senior year when it was crunch time for college. It was only when shit got real that I hunkered down and got to work. Most of the time I was too busy with sport practices. In fact, I don’t really remember ever doing homework AT HOME during my high school years. Weird.

Like I said, too much time was spent on sports and not enough on academics. Once I was in college this changed (maybe I’ll write a post like this about my college-self, too), but I should’ve started sooner. I really enjoy reading now, especially classical mythology works like the Metamorphoses of Ovid and the like. And, of course, anything related to strength and conditioning.

I started high school around 185lbs and finished at about 150lbs. Oh, how my development would have been different had I eaten and trained properly! I ate Pop-Tarts most days for lunch and never really ate breakfast. Hmmm…does that “cut it” for fueling a high school athlete for practices and games? Not even close! It got even worse once I started reading on training and nutrition and thought that I knew what was healthy and what was not. Then my “fuel” for practice and games was PB & J on a wheat pita or higher-fiber cereal. Just ridiculous. Eat more, kid! Eat more, lift heavy, and get stronger and bigger!

Not to gloat, but I was a pretty damn good athlete in high school. The problem? I didn’t really start lifting until going into my junior year and, by developmental standards, it was far too late by that time. Yes, I improved, but I can only imagine if I started as early as the kids that I train now. I was extremely gifted in natural talent and had a work ethic that far-surpassed most of the athletes I played with at the time. Unfortunately I didn’t start soon enough and, as mentioned, didn’t pay attention to nutrition enough to fuel myself properly. I truly believe I could have played in higher-level college athletics had I focused more on these things.

I should have tried more to be recruited for collegiate athletics; send in highlight tapes, get on the recruiting websites, whatever it took. Unfortunately, I didn’t even know about any of that until the end of my senior year of football and by then it was too late.

I would teach myself how to squat properly if I went back in time. Maybe, just maybe, I would convince myself that benching doesn’t really matter all that much compared to squats. Then I might actually be stronger today 😉 ’nuff said there.

Looking back at the time I was a senior, I was a little lighter than I like. However, I will say that I was a fairly decent-looking kid and, as I said, very athletic. Hell, I was even Homecoming king…still not sure how that happened because I really didn’t care all that much. Anyway, I would just tell myself to be more confident with the girls. I certainly had some admirers, but I had no idea what to do. Kind of funny and sad all at the same time. I know most kids are shy and awkward at that stage but, for what I actually had going on, I was at a level of awkwardness/shyness that I didn’t belong. So, kid, kindly remove your head from your ass and get with it. 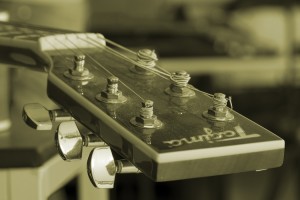 I love playing and have been trying to teach myself since I was 23. Unfortunately I haven’t gotten too much further since then in my skill. And I love singing…not saying I’m good, but I’ll karaoke anytime, anyplace, and in any state…sober or otherwise. I just wish I had more interest for music when I was younger. I’m sure my dad would have appreciated teaching me some things back then.

Learn the Snatch and Clean

I’m sure if you have seen any of my posts on weightlifting, you know that I am completely obsessed with the sport and love to compete. I started learning the movements and competing when I was 21. To be really good (compete at a high level) and be developmentally “sound,” most need to start at least in the early teenage years, if not sooner. So, being at a disadvantage from the start, due to not starting general lifting until my later high school years, did not help my cause. My technique is not bad in the very least, but starting these movements earlier would have led to developing my strength in a much greater way. Had I done this maybe I would be close to qualifying for Nationals and not trying to eek into the American Open.

There’s the list for now. Maybe I’ll come up with some more, but this is a good start. I just may do a college version too. There are definitely some things in college I would have changed.