What are the differences in states of human functioning? Intrigued by the title? Yeah, it is pretty catchy. I was thinking of writing on this topic for awhile now. A few weeks ago I stood behind our counter at work, staring at some people training; just wondering what the hell they were trying to accomplish with some of their silly exercises. I often think about the difference even in semantics of “weight lifting,” “weightlifting,” “weight lifter,” and “weightlifter.” It’s funny, really, because if you know what I’m talking about you know that these terms are worlds apart. Anyway, back to my cartoon mind cloud as I’m watching these people “train.” 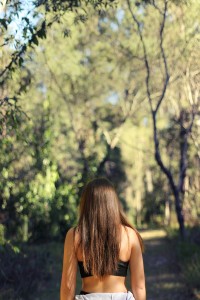 At the lowest level of training, or “working out,” we have training for health. All levels of functioning benefit, in some way, to gaining health benefits. Most often this includes improvements in blood pressure and body composition among others. Training for health is at the lowest level of training intensities and frequencies. The average person would fall into this level where walking for time/distance is considered a viable form of exercise, along with lifting light weights for high repetitions. Body weight exercises also fall into this category for most people. You see, depending on the use of the exercise (sets, repetitions, order of exercise, rest period), each can be used in different levels of functioning. Unfortunately, at this level we do not often see any type of power training being performed. However, as we all age, power is the physical trait that we lose the quickest. Work those movements faster for a little added power 😉

The second level is training for fitness. This includes the first level with increasing intensity and frequency of training. The trainee may focus on pushing a little harder at this level. They are not interested in improving any one physical characteristic, but workout to improve any and all, simultaneously. Loads become heavier at this level, though they are not usually near maximal. I see many people become stagnant at this level, as they recycle the same program time and again. Though, stagnation can happen at any stage if the key programming principles (overload, accommodation, individuality, etc.) are not followed.

Training to be Athletic

This third level starts to include specialized exercises and focuses more and more on developing specific physical characteristics like strength and power. This stage includes many pieces of the stages before it but, again, begins to become more focused on the training outcomes toward a certain level of performance. What I mean by this is that the “athlete” may use specialized means of training to accomplish an outcome like increased peak power, demonstrated by an increased vertical jump. These “athletes,” though they may train in a more focused manner, are not involved in competition. They may have been involved in competing previously, but now they are just training alone or with small groups for fun. 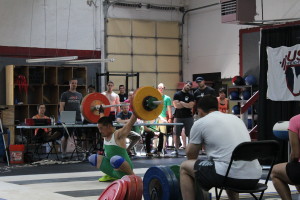 Here, at this stage, is where we see that trainees are the most focused on developing one or two physical characteristics that may improve their sport performance. Usually one trait will take precedence over any other at certain times of the year, though they often change, especially at the times of “peak performance.” Weightlifters often train for strength and power year-round. As the meet draws closer they begin to train for max strength and max power. Which takes precedence? If the weightlifter is many months away from competition, they will most likely be focusing on strength development. And, again, as they get closer to the meet, they will focus on power and technique of the competition movements. So more of a general to specific approach. Let’s be honest, though, we are always moving from general to specific in everything we do, hopefully.

This stage is also where we see that physical activity does not always equal a healthy body. At the highest levels of competition is where we most often see these trainees (athletes) doing whatever it takes to compete. One example of an “at all costs” attitude toward competition is addiction to non-steroidal anti-inflammatory drugs (NSAIDs) like ibuprofen. Of course, this is at the lowest level of addiction. You’ll sometimes hear the adage “if you’re not hurting, you’re not training hard enough.” I would say this is completely true at the highest levels of sport. Every athlete will have their bumps and bruises, but the frequency of training required to be at the top of your sport comes at a cost.

I would say that the determination to compete, and compete at the highest level possible at any cost, is what truly separates this stage from any other. I heard that there was a study done years back that asked Olympic-caliber athletes if they would take a banned substance or something of the sort, knowing that they would die in 5 years, if that would lead them to be able to win a gold medal. Almost all said yes. I don’t have the study name or any details. I think I actually heard it on the radio to be quite honest…but I believe it. At that highest level, those athletes live the sport; it consumes everything in their existence. Would you say that someone in the “training for health” stage does the same? I think not.

I could go on, but you get the point, right? What are your thoughts on these stages? Do you agree with them? Disagree? Have more stages to add in this continuum of human function? Please, do tell!

One thought on “The Differences in States of Human Functioning”