You simply do not want it. What is being a superhuman, exactly? In my opinion, aside from really wanting all the Marvel and DC superheroes to be real, being superhuman is to be an athlete at the highest level. We’re talking World Championships and Olympics. You may think this would be awesome, especially when you watch them compete at this high level. Unfortunately, you do not see the work that goes into reaching this level. I have heard many people claim that they would love to reach that level, but they do not completely see the reality of the situation.

The reality is that most athletes begin training when they are very young. Specialization does not, and should not, happen early on for these athletes, though. If it is a sport like weightlifting in a country like China or Russia, they may have talent identification programs where they choose children around the age of 8 or 9 to begin training. This doesn’t mean they immediately begin with lifting weights, but they are engrossed in the sport immediately. They begin with technique work and general preparation activities that will prepare them for the hard training in the years ahead of them.

You’re 8 years old and you begin a life in weightlifting. You train through the years with your coaches adding training intensity and volume as you mature, both biologically and chronologically. You’re now at the peak of your “game” at the ripe age of 24 and competing in the Olympics. For all those many years of training, day-in, day-out, you now have 6 attempts, which amounts to probably less than twenty seconds between all of them. That is the reality. Train your ass off for years to reach a competition where you compete for seconds. Very similar throughout all sports, not just weightlifting. I only use that as an example because I’m biased 😉 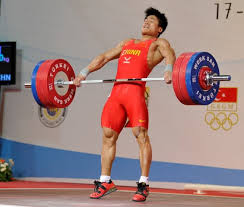 You Do Not Want It

Now, do you still want it? I’ve been around and still train athletes at this level. I’m not trying to demean or belittle their hard work by any stretch of the imagination. I’m only pointing out that what you see when you watch the Olympics is not as glamorous as you may imagine it to be. There are literally blood, sweat, and tears involved in reaching that level of competition and I have seen them. Yes, to be one of the very few to reach that level would be a tremendous life accomplishment. However, just realize the sacrifice it takes to get there.

A Contradiction, not Contra-indication

Having said all of that, if your will is strong and you have the determination and dedication to training, then by all means go for it! I’m not one to tell anyone that they cannot do something. I just wanted to point out that you may want to think about everything involved before you jump.

3 thoughts on “On Being Superhuman”