I just recently discovered that my high school alma mater has closed. Certainly sad news among the many friends and families that surround the area and attended the school. However, I would be lying if I said that I didn’t see this coming; we all did, really. Back when I was in school there we didn’t have buses because of failing levys…or at least that was what they told us. We had to carpool to school with friends and I had my grandma pick me up every day. In retrospect, I loved that. I was able to spend more time with my grandparents than I would have otherwise.

Ledgemont is a small school in northeast Ohio. Where, exactly? Think about someone’s heart being on their upper right when you face them. That’s where Ledgemont is located on the Ohio map; the upper right. We were the heart of our area. At least, that is the way I’d like to think of it. Although, I am a little biased 8).

It seems that most kids can’t wait to leave their high schools. In contrast, I didn’t want to leave. Here are some reasons why I believe my high school was so great…

If I remember correctly, we had about 180 students in the entire high school, grades 9-12, when I was a senior. Yes, you read that right. Everyone knew everyone. We had freshman interacting with seniors and mixed classes; meaning classes weren’t always JUST freshman, or JUST sophomore. There were two lunch periods, so there was always a chance you would see the different classes intermingling.

Along with this is just the fact that the school building itself was very small. It wasn’t hard to maneuver around from class to class, which made it easy as a freshman. There were three main hallways in the entire school. However, I would say this was enough for what we needed. Had there been extra space, I don’t believe it would have been utilized as effectively.

As I mentioned, we had very small class sizes. A bad thing? I think not. Each class probably averaged about 15 students, give or take a couple. This allowed for more individual attention for the students, which is never a bad thing. We always had the extra help if we needed it. Comparing this experience to college I’ve found, based on memory, the classes at Ledgemont were much more personable and engaging. You cannot replicate that environment in a class size of 100 or more; not even 50 or more. That is why these smaller class sizes are so beneficial. Not to mention that it’s a little harder to get away with goofing around or sleeping when there are only 10-15 other students in the room with you 😉

In many cases, we are biased to experiences based on our ignorance. Ignorance is not always a bad thing. I would say I’m ignorant in my knowledge of what it may be like to have gone to a school with money and well-paid, top-of-the-crop teachers. I’m glad, too. Yes, I’ve been impressed with these people in their level of knowledge, but they’re not personable and don’t have great personalities. I’d much rather be sitting in Mrs. Crombie’s Economics class and have her laughing at somebody because of something they said than the teacher who may be dry as hell and not interact at all with the students, other than the material.

My favorite teacher was Carol Leikala. She was our art teacher and was always a favorite among the students. I learned a great deal more than art from her, as she always pushed her students to be better. The detail we had to put into our projects and the diligence required of each has transferred to much of what I have done since I graduated. She also had a large hand in the drug prevention and Relay for Life programs, which helped us to see the importance of becoming better people.

These teachers were close to their students and cared about us on a deeper level than larger schools will ever see. Again, with the smaller class sizes they were able to get to know all of us better and, hopefully, would still remember most of us if we said hello on the street.

Sports were a different scene at Ledgemont than most high schools. With such a small school, many students played 2-3 sports. While we were never the most successful year-in and year-out, we had fun and played hard. They had to cut the soccer program my freshman year and nearly cut the baseball program, which was my main sport. A couple of the parents, including my dad, fought like hell to keep the program and it stayed as a result.

The great thing about being a small school was that you could be on a team if you wanted to play. We never had tryouts or cuts. Everyone may not have played as much as others, but they were still a part of the team. Yes, it sucked that we didn’t have the talent pool to pull from like the bigger schools, but I think we did fairly well with what we had available. We were just a bunch of kids from the countryside playing their hearts out.

You want to talk about small teams and low numbers for talent; my senior year of football we had 18 players. By the end of the season three were hurt. I rarely saw the sidelines/bench…needless to say, I was in the “shape of my life” that season. Did I mention that we had to use trash cans for practice to mimic the other lineman? True story. To the same token was our baseball team, which averaged about 11-12 players each year. Again, not much in terms of replacements if someone were to be hurt or under-performing.

I’ve never told many people this, but at one point (I think it was around my sophomore or junior year) my parents talked to me about transferring to another school so that I might be noticed more for my talent in baseball. I stayed at Ledgemont because that was “my school” and wanted to play for them. I had a great deal of pride in Ledgemont sports and loved my friends. I wasn’t going anywhere. That year a teammate and I went on to receive First Team All-County awards. Still, to this day, that is one of my most-prized awards.

I remember our school events being extremely fun and a sort of togetherness only a small group could pull off. Our school rallies and other events brought the entire school (yes, all 180 of us :)) together. Home sporting events saw much of the student body in attendance and we were LOUD to say the least. We supported each other; we cared about each other. Of all of you who went to bigger schools, how many of you can say you remember most of your fellow students…even from your graduating class, let alone from others above or below yours?! I remember most by name.

Small towns will always come together for each other in a greater way than any bigger town or city can. It’s just a scientific fact! Okay, maybe not, but it’s still true.

I’m going to go out on a limb here to say that many people who attended larger high schools probably do not stay in touch with their high school friends as well as we do. This is just something I’ve always noticed. Of course, this is dependent on the individual, but who can say that they’ve been in their high school friends’ weddings…three times over? I can. All of my best friends from high school are still some of my quickest contacts for advice. And, go figure, we’re all successful in our respective fields. Now, you tell me that our school sucked and we had a bad education. That’s what we were told from kids from other schools. Give me a break! Not true, even in the slightest.

Even the close friends whom I have lost contact with, I feel I could call them at any point and talk as if we have never lost a beat. I would do anything for these friends to this day. That’s just the type of people we are and the way we were raised. 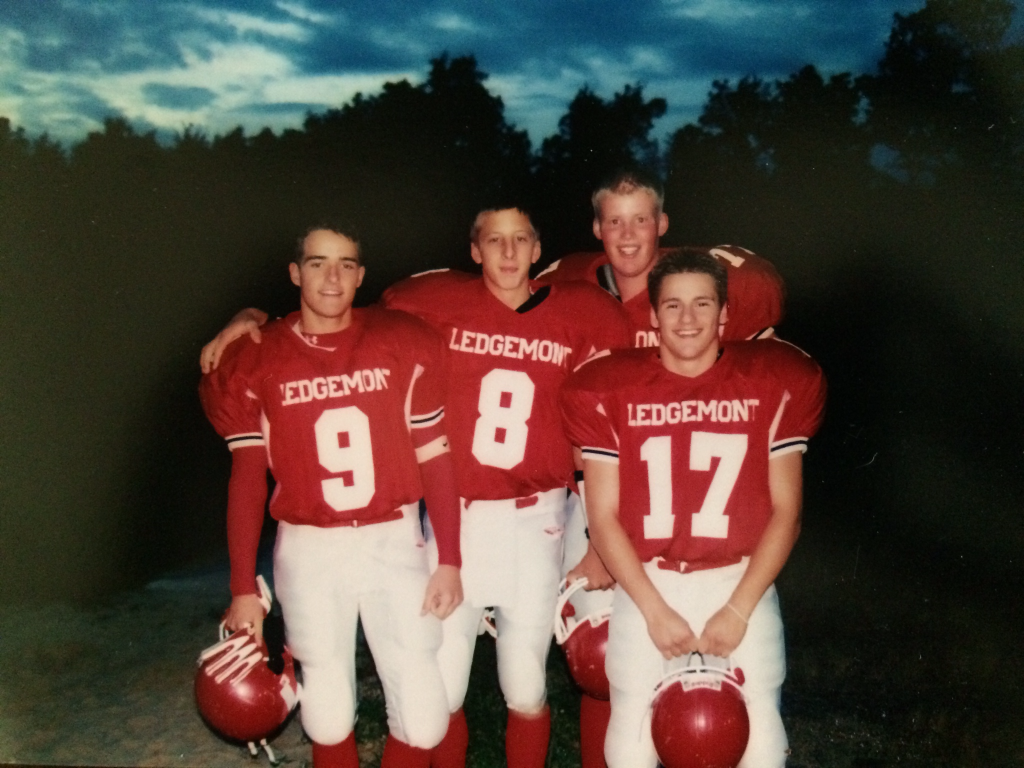 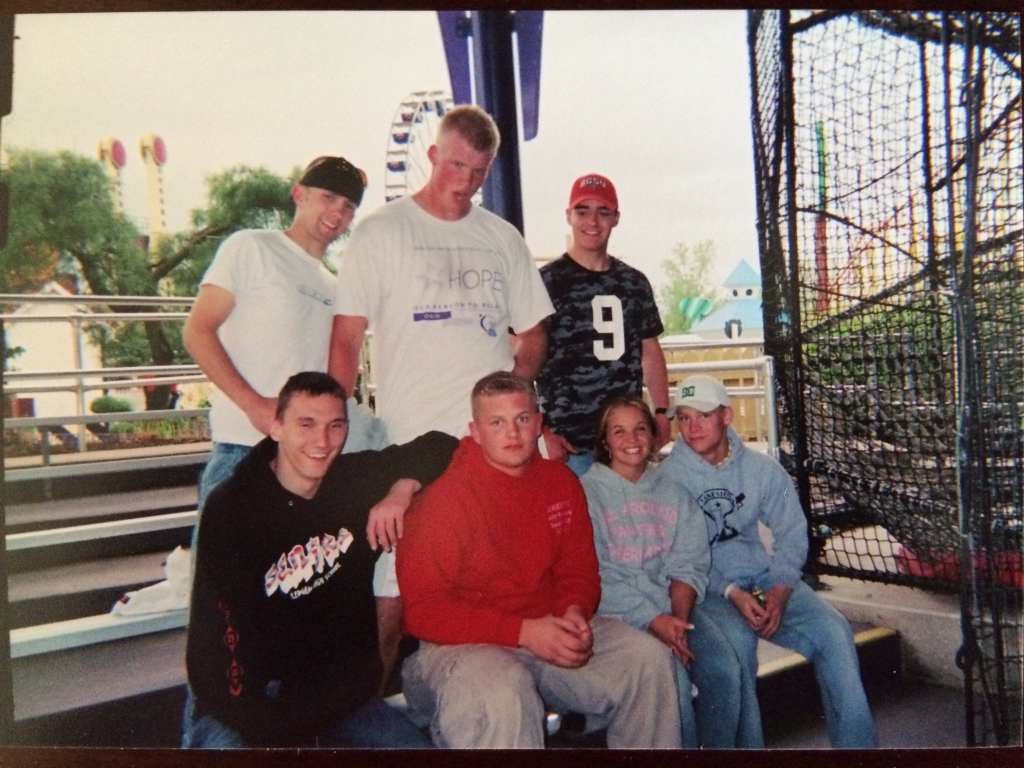 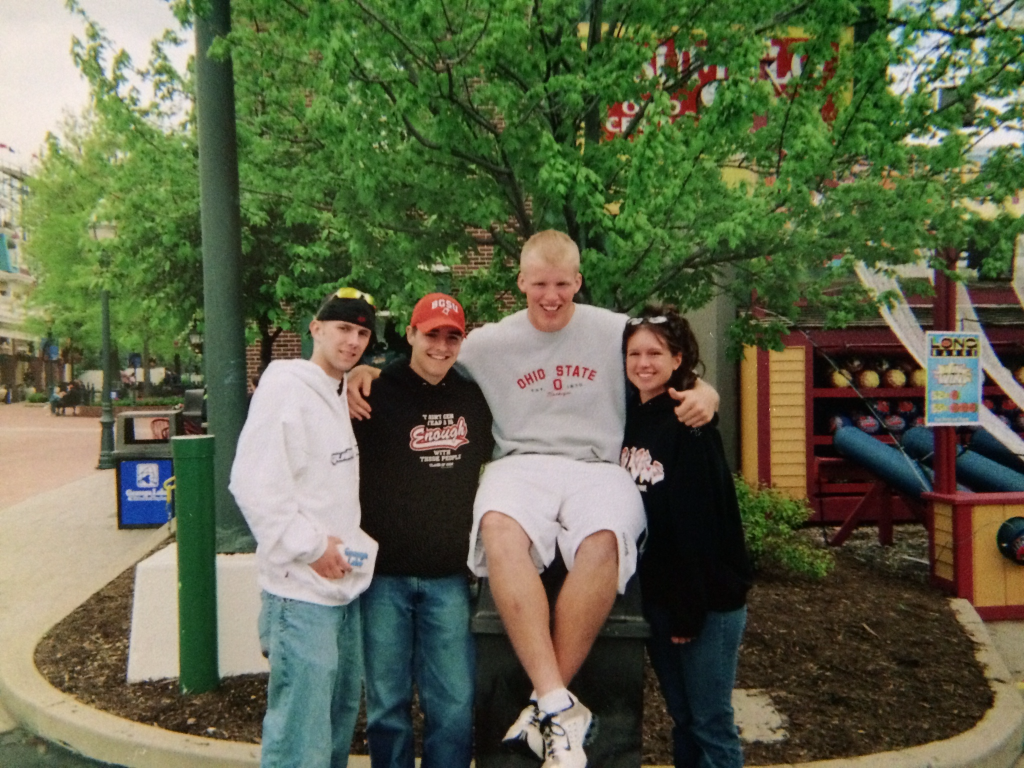 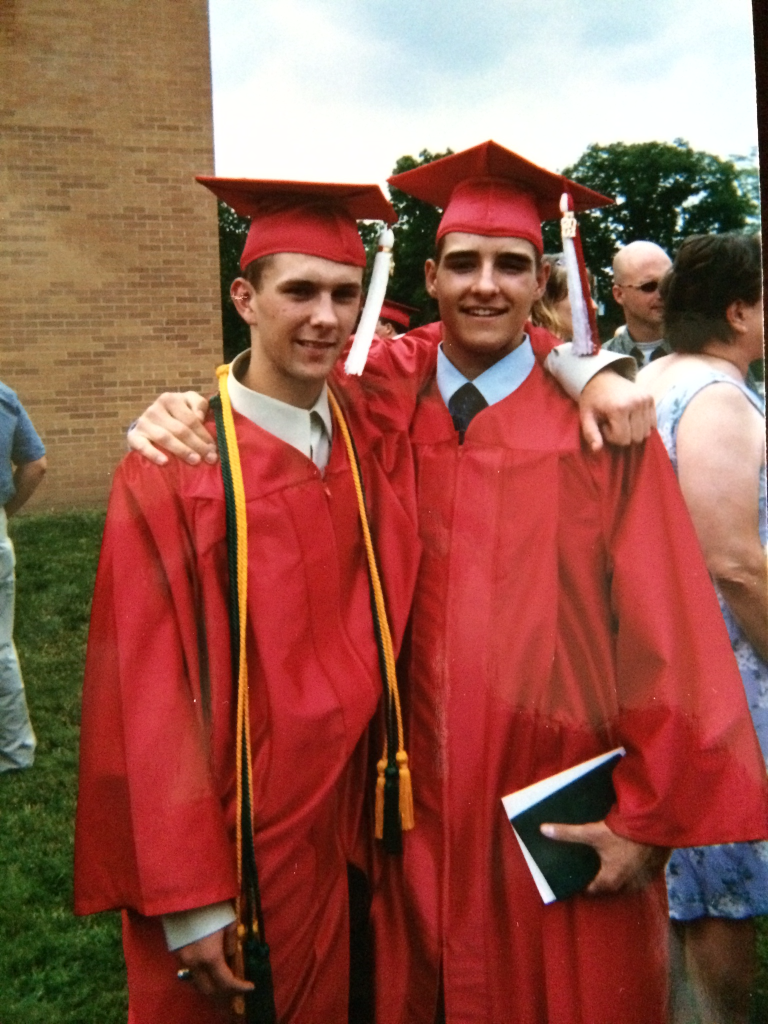 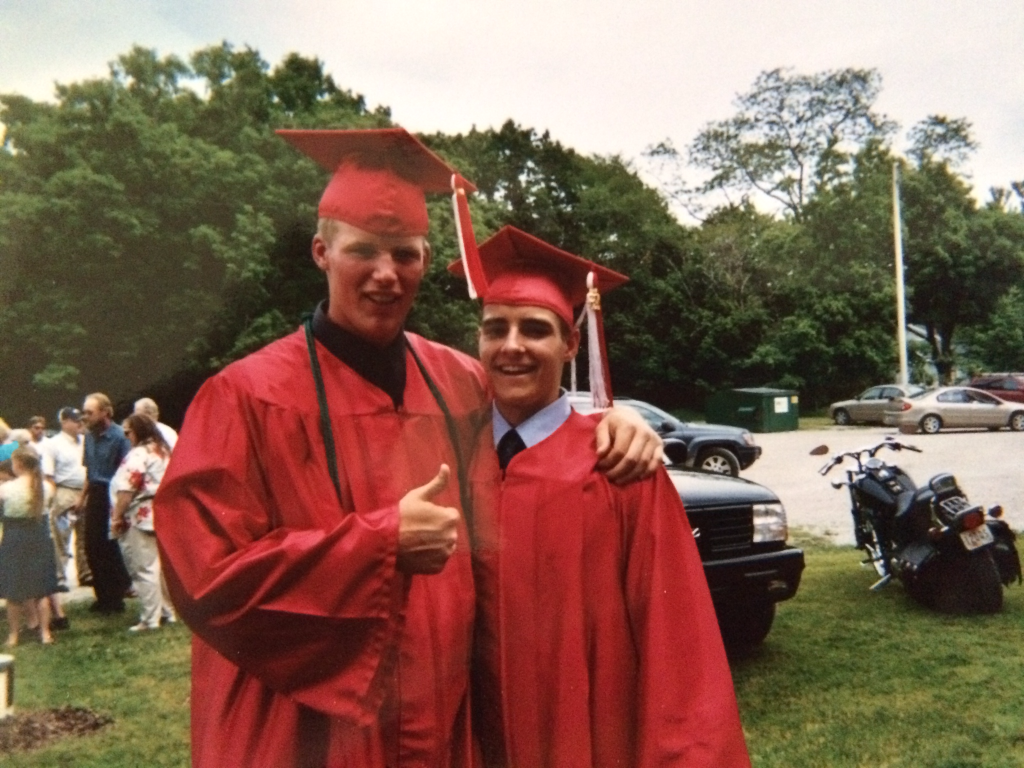 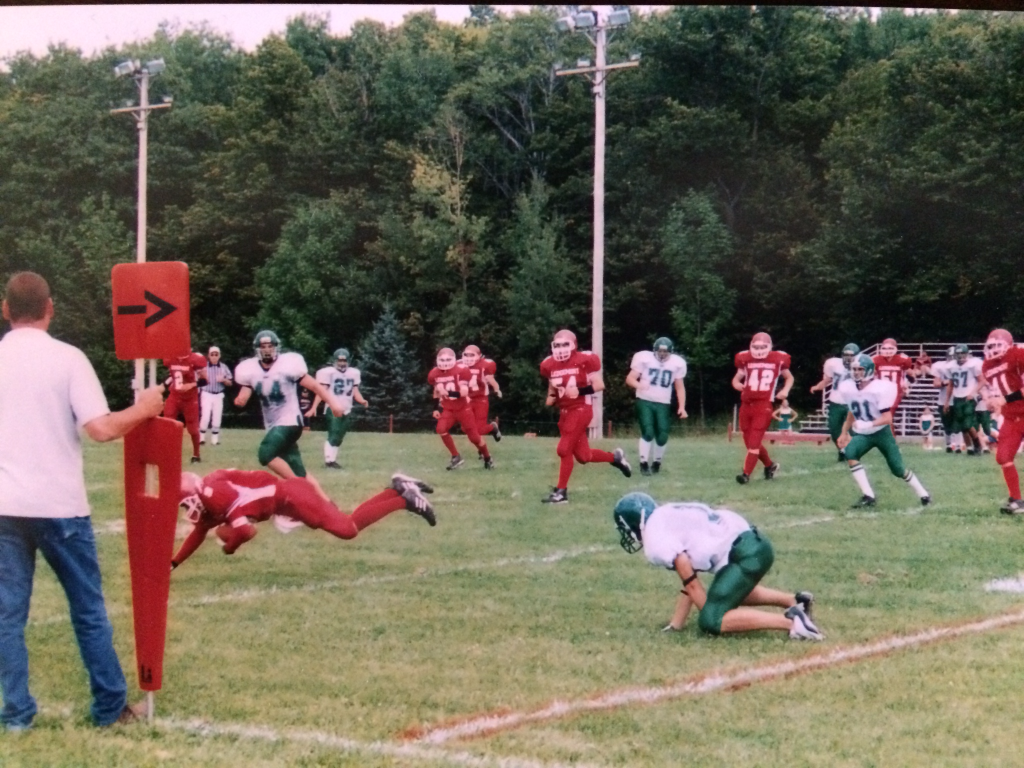 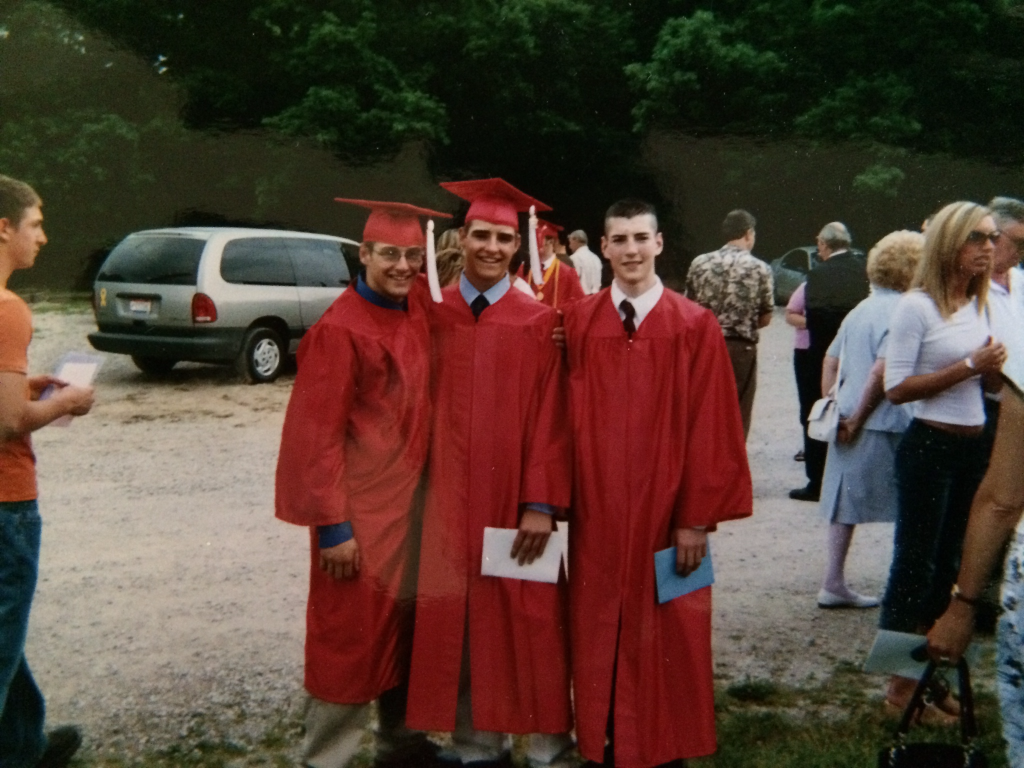 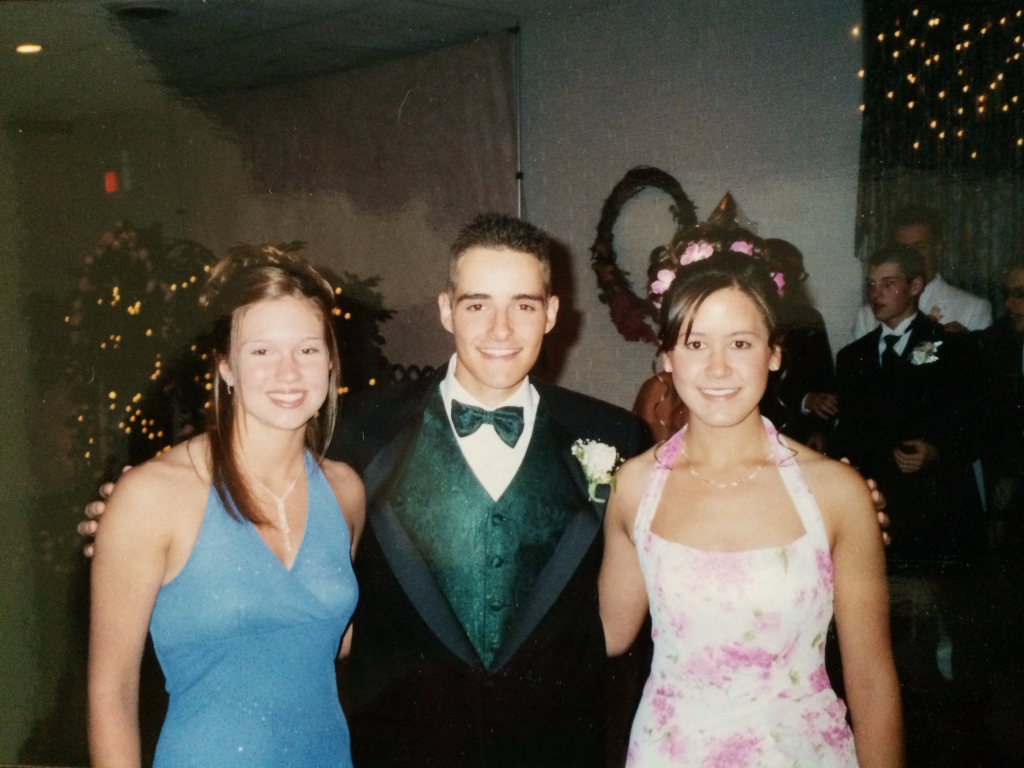 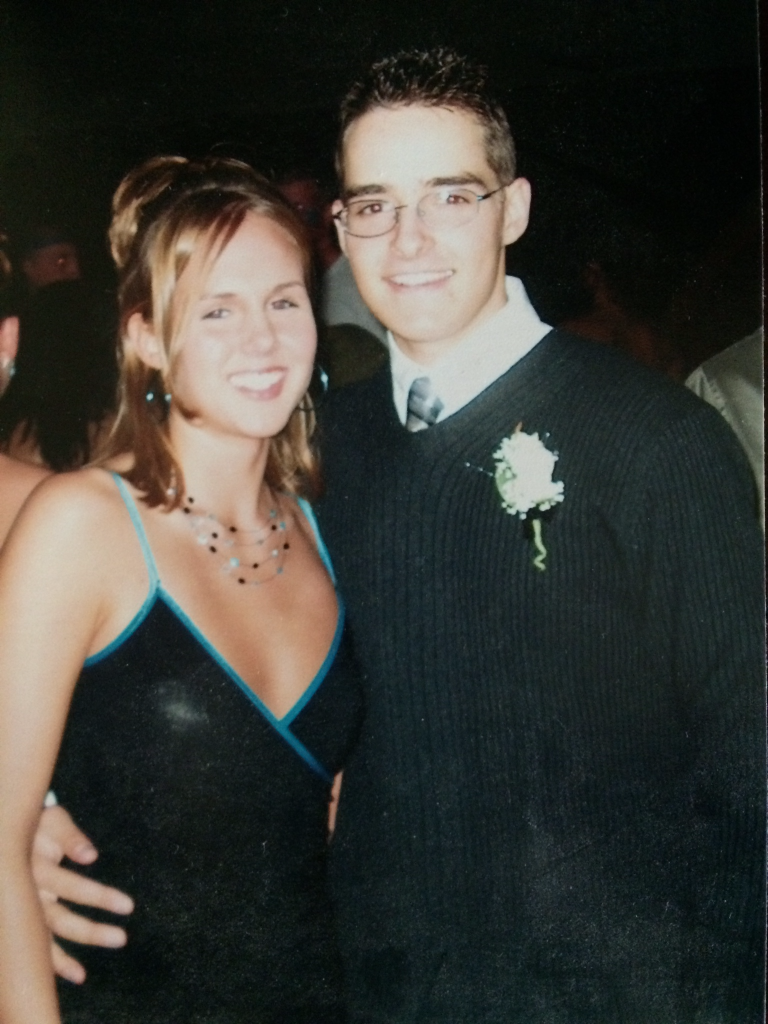 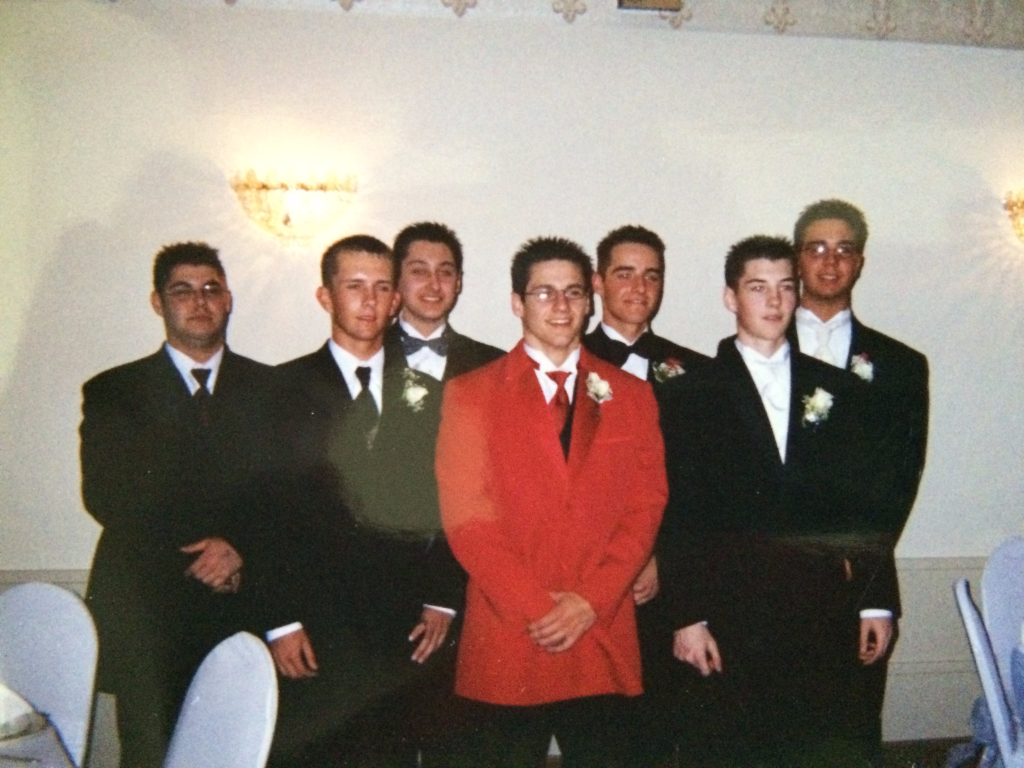 8 thoughts on “Ledgemont, You Will Be Missed”