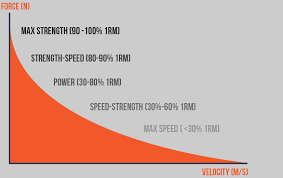 There are many, many people who understand how to perform main movements such as squats and deadlifts. However, out of those people, there are not that many who understand how to go through that movement applying all the nuances of force that must occur to ultimately gain the level of strength that would make Hercules jealous. Let’s explore the differences.

Going through the Motions

I feel that the people that just go into the gym and go through the motions are wasting their time. Why? Because they always do the same thing! They may change the exercises they do, but they never change the movement velocity. It’s either slow, or really slow, if they decide to add weight. At this point their technique usually breaks down anyway, so they don’t even reap all the benefits that come with a heavy loading profile of that movement.

Why Proper Force Application is Best

If this same person were to train with the knowledge that applying certain amount of force at certain times (portions) of the movement is best, they would gain much more strength than they do otherwise. There are such things as the force-velocity curve that, unfortunately, most trainees have no clue exist. Take an exercise that is generally used for strength development like the back squat and add a high velocity day to your training; see what happens. It’s best to train throughout the spectrum on the force-velocity curve. This should help increase movement velocity at higher percentages of your 1-repetition maximum (shifting the F-V curve).

Now, let’s talk about the force application of certain portions of the movement. Take the back squat again, for example, if you apply more force to the sticking point (that point in the movement where you begin to slow down or even stall) with bands using variable resistance, the top end of the back squat now requires more force to be applied. What happens when more force is required to overcome an object? We get stronger!

Another detail, even more minute, is the force that must be applied to certain joints during the movement. The back squat requires mostly vertical force because we are trying to stand up and Newton’s Third Law states that every action has an equal AND OPPOSITE reaction; this is true. However, there is also an amount of horizontal force that must be applied in the feet, knees, and hips to keep the joints aligned properly (e.g. avoiding knee collapse; valgus).

One last detail, similar to the last, is the force application in the foot. All ground-based movements come from the feet. If you’re applying more force to the forefoot or heel, it impacts the outcome of the movement! Why? Well, because of balance issues, muscle activation changes, and changes in bar trajectory, which ultimately change the technical aspects of the lift. Think about it 😉 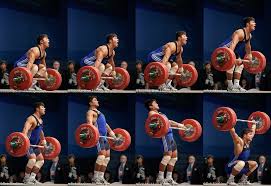 Think Before You Act

Hopefully this gave you a little insight into training that you may not have had before. So, next time you train, think about what you want to accomplish with the movement before you attempt it. In other words, move faster and/or apply more force in that movement!

Oh, I suppose if your main goal is to gain muscle, you could just be the person going through the motions. But even in this case, you’d be better off with the knowledge of force application I’ve just discussed….but I digress 🙂

One thought on “Knowledge of Movement and Force”