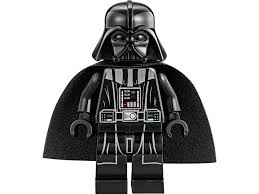 In honor of the new Star Wars movie, I’ve decided to contact Darth Vader to ask him what he feels are important points on strength programming. He told me at one point “I hope you listen to me for your sake; the emperor is not as forgiving as I am.”

Below is what he had to say…

Your lack of knowledge disturbs me

You must know “the force” and how it is applied to movement. Just choosing random exercises does not always, actually most likely never, lead to improved performance. Experience will ultimately lead to the acquired knowledge to program movements effectively, allowing for transfer of training to the field/court. Joint angles, speed of movement (movement velocity), load, volume, imbalances, etc.; all of these variables must be taken into account when developing a strength program.

Side note: do not disappoint Darth Vader…he may put you in an air choke hold; learn your “stuff.”

You underestimate the power of the Olympic lifts

The power generated in the Olympic lifts is largely developed from “the force” and can be of great use…if the proper technique is used. The full and partial movements are very valuable in developing athletic prowess for battling the rebels, especially Master Yoda…he’s just so damn fast!

Join me, and together we can rule athletes’ technique.

You must know the general and specific techniques of all the movements to rule your athletes. There is no question about it; movement proficiency is the most important factor in success. 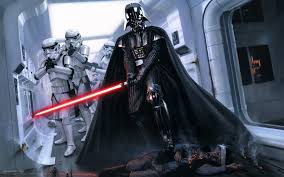 You may dispense with the pleasantries…I am here to put you back on schedule.

Staying on track is of the utmost importance if you want to rule the empire. This is also true of strength programs and athletes. However, you must allow for some discrepancy in your plans because we all know there are rebels out there that will try to ruin your intentions of domination.

Set your goals ahead of time and plan backwards from the date you wish to accomplish those goals to set your schedule of activities. This is the best path to follow in reaching your most-desired goals.

The ability to complete a bench press is insignificant next to the power of the force created by the push press.

Remember, we must learn “the force” well in order to dominate the rebels. In learning “the force” we must use the most efficient movements for developing the power necessary to crush the enemy. The bench press is insignificant in this endeavor compared to movements like the push press. The push press involves much more total body movement than the bench press; even if the bench press, when performed properly, does involve the entire body.

Use more bang-for-your-buck movements to develop “the force” quicker. You never know how soon the rebels will attack.

I want to thank Darth Vader for taking time out of his busy schedule to chat with me on his guide to strength programming. Of course, this is not an all-inclusive list. He would have told me more, but he had some issues he had to alleviate; something about wookies, Hoth, and sandtroopers. I know, they don’t mix. Didn’t make sense to me either, but it’s Star Wars…anything can happen.